Rob Wanders has had six years of drama and acting lessons at the Opera Academy of the Sweelinck Conservatory in Amsterdam (the current Conservatorium of Amsterdam). He has taken lessons there with, the famous English director Charles Hamilton, with Jacqueline Jacobi, Wolfgang Kersten and Lin van Ellinkhuizen. 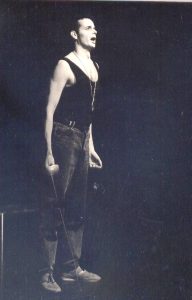 At the Opera Academy Rob has studied, sung and played roles in operas and played in parts of plays. He has played and sang the roles of Antonio (Le Nozze di Figaro – W. A. ​​Mozart; 1988) and Amantio di Nicolao (Gianni Schicci – G. Puccini; 1990); both productions of the Sweelinck Conservatory. He also sang and played the role of Schobiack (Le Grand Macabre – G. Ligety; 1998), a production of the Dutch Touring Opera.

On his graduation in 1993, he sang and played in large scenes the roles of Papageno (Die Zauberflöte – W. A. ​​Mozart) and Hamlet (Hamlet – A. Thomas). 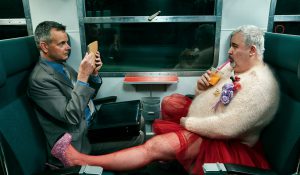